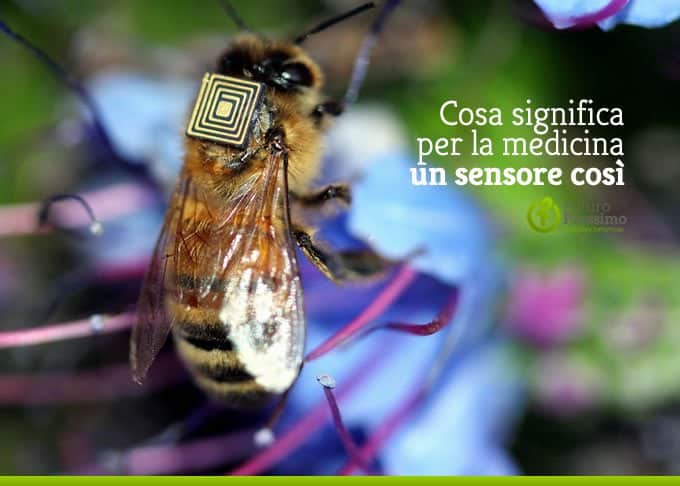 David Sretavan, professor of Ophthalmology at the University of California, in S.Francisco, studies the way to repair the damage to the optic nerve caused by glaucome, a disorder that causes irreversible blindness and affects about 70 million people worldwide.

Glaucoma is a disorder that arises from a complex of causes without an apparent trigger. An attempt is made to monitor its possible onset by measuring the pressure of the eyeball, but the rapid and frequent fluctuations of this pressure do not allow effective and constant control. They cannot be done at home, but only in authorized centers. In fact, we are in the Middle Ages in this medical field.

To make these measuring mechanisms more effective, Prof.Sretavan and his team are designing a tiny sensor that reflects light and can be implanted directly on a patient's iris. The result? Constant monitoring.

Sretavan's eye sensor is an example of a field of science that will merge biomedicine and nanotechnology: tiny sensors will be able to replace many functions of today's diagnostics, and allow us to keep the major vital signs under control in a simple and comfortable way.

Sensors today - Current technology allows us to easily monitor heart rate or temperature: even in a smartwatch. Other than that, there are still no effective devices to analyze several vital parameters simultaneously and constantly. Amay Bandodkar at the University of San Diego it has developed other solutions: special inks capable of reacting to glucose proteins and showing their situation directly on the patient's skin (very useful in case of diabetes). Other researchers at Columbia University have created an accessory that can diagnose HIV: it is based on small sensors and biomarkers, and can be used with a smartphone.

Sensors tomorrow - From nanomotors capable of taking medicine exactly where it is needed inside the body to formidable new diagnostic systems, sensors can play a key role: Within the next 50 years, there will be major medical revolutions related to the application of this technology.