di Gianluca Riccio
in The future of yesterday
Share9Pin2Tweet6SendShare2ShareShare1

You read that right: there was indeed a smoking cabin on the Hindenburg, the largest flying object ever built and filled with 6 million cubic meters of highly flammable hydrogen. And in fact it caught fire in an accident on May 6, 1937 that destroyed it in just 30 seconds, killing 35 passengers.

It was a highly pressurized closet (to avoid hydrogen infiltrations) and separated from the other rooms thanks to a double door.

It was constantly monitored by a staff member and matches, lighters or other small flames were highly prohibited (which however were incredibly allowed in other areas of the airship).

In reality, the question of pressurization that I have just illustrated was more a matter for the press offices than a real effective security measure: the smoking room was located on deck B at the back of the aircraft and in a position in which the infiltrations placed in any case all sorts of risks from fires and flames that would have set the whole Hindenburg ablaze instantly.

Graphene prodigies: charged electric cars in 16 seconds, now you can 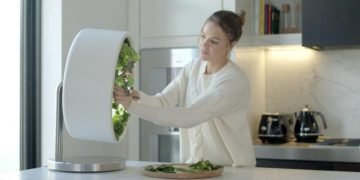 Rotofarm, the idea of ​​an Australian startup, offers a circular indoor garden with hydroponics that looks like something out of a series ...