The WHO estimates the number of diabetics in the world to be approximately 285 million (data from last year): this is almost 6% of the adult population. This translates (for type 1 diabetics and for 27% of type 2 diabetics) into the obligation to take daily injections of insulin, uncomfortable and annoying. For some time, researchers have been trying to develop a form of insulin to be taken orally - a difficult task, as this protein is literally destroyed by gastric juices. Today Australian researchers have found an insulin substitute that could treat diabetes by mouth.

In an attempt to find it, the Prof. Erik Helmerhorst and his group at Curtin University in Australia examined the structure of 3 MILLION active substances: “We considered a 3D molecular map of insulin, and identified the key factors necessary for the activity of this substance,” says Helmerhorst. “We then compared 3 million small molecular structures in 3D that had the same key factors. Finally, we found a molecule that behaves like insulin in biological and animal tests. We are in the tenth year of research, and we are as close as ever to the solution ”.

Unlike insulin, the small molecule is not canceled by the stomach and can be taken orally: in addition to eliminating the dependence on needles and syringes forever, it will be much easier for diabetics to carry and store pills than they do. of the vials. Finally, an oral formulation, which is cheaper to produce, will help treat diabetes in many developing countries.

Clinical tests will start within the next 5 years: Curtin University is filing the patents on the discovery and has recently presented the results obtained to the major sector magazines. In short, not much is missing. Here is a video showing an excerpt from the research. 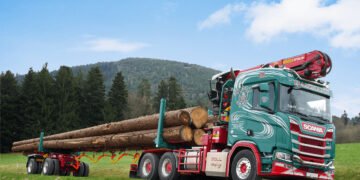 A "transformer" truck that changes size by splitting in two to transport objects of varying length: Ratioplus the future is responsive.