The car that drives with thought works.

A group of German researchers from AutoNOMOS Labs have developed a system that allows you to drive a vehicle simply through the driver's thinking: this is what they say looking to the future.

The first step was to create autonomous vehicles, able to respond to the commands of an iPhone: the development of a brainwave-based control system took longer. It is a computer capable of reading the electromagnetic signals coming from the sensors worn by the driver, who with the mere thought is able to accelerate, brake, turn.

The system is not yet perfected (there is a delay between the 'mental' order and the execution, and on the road it would produce a massacre) but it proves irrefutably that the principle works.

And now? - I imagine a future of automatic taxis, able to follow directions that the passenger only has to think about. There is only one problem: Lucio Dalla, in the splendid 'How deep is the sea' argued (rightly) that thought cannot be enclosed. What happens if a beautiful girl comes to mind while I'm driving, maybe in the middle of a straight?

Think about the answer you prefer, in the silence (for now safe) of your heads. 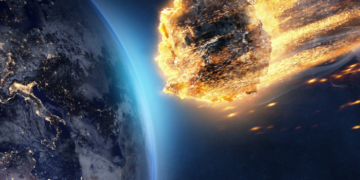 A magnet to fish an interstellar object (or what remains of it) from the ocean: the most terrestrial space mission in the world ...