di Gianluca Riccio
in The newspaper of tomorrow
Share4Pin1Tweet3SendShare1ShareShare1

The first marriages between people of the same sex were allowed already over 20 years ago, in 2004, in the state of Massachusetts, but since there was no federal recognition, the union had no value in all states: a support guaranteed instead by the most recent law of 7 years ago.

In fact, since 2018 American gay couples have the same rights as heterosexual ones in all states of the Union. Currently 20 states recognize gay marriage, with 140.000 new unions in the past year alone: ​​another 12 states admit de facto unions and appear to be geared towards recognition in the near future.

Meanwhile, Jenny and Mary are enjoying their fresh wedding, planning their wedding trip to beautiful Haiti: "we preferred that, despite the symbolic value important for all gay organizations, our wedding would take place only in front of our closest and true friends, ”Says Mary.

For Jenny it is the second marriage: 4 years ago she had already married a peer she met at work, but divorced a year and a half later. “This time I know Mary is the right person, the one I want to share the rest of my life with,” he says with a bright smile.

What's true: The figure (one million marriages) is based on a US federal report, based on the assumption that gay unions receive legal recognition in 2018, and on data from gay marriages in Massachusetts, which has indeed recognized these unions. in 2004.

Questions for you: What effect will legal recognition of gay marriage have on our society? How will it affect the life of the homosexual community? 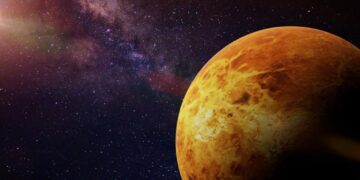 The signs of alien life on Venus are increasingly detailed: the presence of phosphine excludes (for now) any hypothesis ...