Tefina, Viagra Spray is here for you

Space research has often encountered quite serious problems when it tried to reproduce the same conditions on Earth in zero gravity. One of the most insurmountable difficulties was that linked to 'space sex'. There is a whole series of cases on the subject: the results are not satisfactory. Looking at our planet can then make us understand that the problems related to sex are many and articulated even without leaving our atmosphere.

For the man the erectile dysfunction, for the woman the equivalent disease (but will it be a disease?): the 'orgasm disorder'. Science has not yet gotten an equivalent of Viagra for the fairer sex, but it is taking long strides towards this goal: the testing phase has already started in Australia and Canada.

The drug, called Tefina, it has a very different (and more practical) shape than the male one: it is a nasal spray. It is sprayed quickly and within an hour produces its intoxicating effects in terms of libido and more, also by intervening on the spraying of the erogenous zones and on satisfaction.

Changing female sexuality is much more difficult and complex: a drug does not address the possible physiological causes of the lowering of female libido and is considered a pure 'topical cure' for malaise, not without criticism from those who argue that the absence orgasm in women is not considered a pathology.

What can I evaluate of such an experiment? I just want to know what the drug tests consist of :) 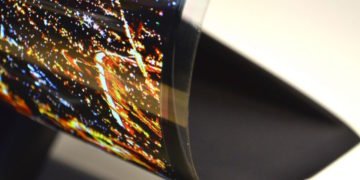 100 times thinner than today's, flexible touchscreens of the future are already a reality. They will be cheaper, ecological and ...