We often tend to think of innovations in the field of road safety as solutions limited to cars, but a team of Dutch designers makes us understand how even the road itself can play an active role. Thus a series of interesting studies was born to make driving safer.

The concept Glowing Lines takes its cue from the lines of reflectors that can be found here and there on European motorways, but replaces the latter with a special luminescent paint capable of emitting a soft glow for about 10 hours during the night: the difference is substantial, the roads will remain illuminated even if there are no headlights to illuminate them, and distracted passengers, broken cars, animals that occupy the roadway can also be saved.

Wind Lights makes use of small wind generators with a curious missile shape, attached to each street light and able to make the latter completely autonomous in terms of energy: the wind generated by the passage of the same cars rotates the turbines and provides energy and light for the safe passage of vehicles.

Interactive Light it is a concept that starts from common sense premises: keeping the street lights on all the time is a disaster in terms of energy consumption when there is no traffic. With a widespread series of motion sensors it is possible to illuminate a sector of the road every time a vehicle is nearby (obviously not a single light comes on instantly, but it is a whole area that 'senses' the arrival of a vehicle and lights up).

Dynamic Paint is a concept based on a special heat-sensitive paint, which 'warns' the driver when the road is freezing. A thin patina of frozen water makes the road surface impassable with a high risk of skidding and accidents: as soon as this happens, the paint reacts and shows the drivers signs in the shape of a snowflake.

Electric Priority Lane is the design of a lane for electric cars. Special induction rollers allow the vehicle to recharge while driving, eliminating any kilometric limitation and the need to stop for battery exchange.

I find some of these concepts fantastic: others need some fine-tuning in my opinion. The fact is that next year the Dutch government has decided to put some of them into practice (a representative mentioned them at the Dutch Design Awards, the design award given to the mixed Studio Roosegaarde / Heijmans Infrastructure team for these projects).

[Highlight]The road of the future is to be discovered.[/ Highlight] 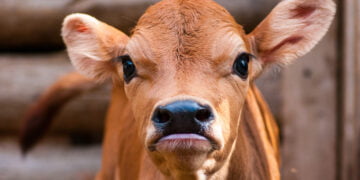