The statistics released by the WHO tell us that of the millions of cases relating to fatal cardiac arrest that occurred outside hospitals, more than a third would be manageable: the timely arrival of an ambulance, the use of a defibrillator and a lot, a lot of speed (6 minutes is the window of time needed to save the patient). Many cities around the world lack the capacity to act in time and lack the necessary organization. This translates into genocide: hundreds of thousands are killed every year.

[highlight] How to deal with this situation? [/ highlight] Standard reaction: invest a lot of money in a better fleet of ambulances and emergency vehicles, development of a widespread network of call centers and so on. Stefan Riegebauer, Austrian researcher, thinks differently: for him the winning idea would be to build a rescue network made up of aerial drones capable of bringing help (and life-saving equipment) faster to the scene.
[highlight] How does the idea work? [/ highlight] You create a mobile app, something you can always take with us: you sign up, creating a mobile community. A network of drones equipped with defibrillators is placed on the roofs of buildings, joined by a wireless system and a group of sensors. When someone is in danger, they can launch their SOS from the app (or maybe someone standing next to them can). The closest drone receives the task and flies to the accident site, carrying the first aid kit by air, without ambulances or traffic or sirens, in less than 3 minutes, bringing down the deaths from late rescue.
Simple, right? At least in perspective, even if today we need to work on: Riegebauer has built a static prototype (which seems a little naive): a team at MIT has just presented an automatic drone capable of flying at 35km per hour in very tight spaces. It would be great. “Automatic systems are becoming more and more popular,” says Stefan. "Why not use them for these emergencies?". 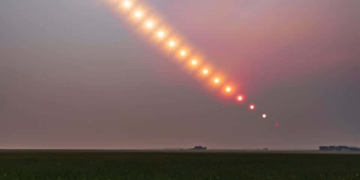