di giuliomatteucci
in transhumanism
Share22Pin5Tweet14SendShare4ShareShare3
⚪ Reads in 3 minutes
A A

There are about 100 billion neurons in the brain of an adult human being and each of these neurons is connected to hundreds of others for a total of approximately 150 000 billion connections in total. Neuroscience is discovering that it is the pattern of these connections, the structure of this immense neural network, that is largely responsible for the functionality of the brain, in other words of our mental life: everything we hear, think, feel or do.

Our memories, our selves and our own personal identity would be encoded in our brain just like particular connection patterns. Only recently has technology reached a level that allows neuroscientists to try to map this real "universe" that is inside our skull. This fascinating scientific enterprise still in its infancy takes the name of "connectomics".

Connectomics is to neuroscience as genomics is to genetics. Genetics studies single genes or groups of these while genomics embraces the study of the entire genetic heritage of an organism.

Similarly, connectomics aims to make a similar jump in amplitude, rather than studying single neural cells or groups of neurons, its goal is to study parts of the brain containing billions of cells. The technological challenge is remarkable: just think that a complete set of images of a whole brain with a resolution necessary to distinguish the synapses that connect the various neurons to each other would contain hundreds of petabytes of information (to get an idea of ​​what this means to think that this is the amount of memory occupied in all Google "data centers" around the world).

Among the scientists who first embarked on the feat of trying to create a similar brain circuit diagram there is Jeff Lichtman, neuroscientist at Harvard University, inventor of a machine without which it would not be possible to think of realizing all this. Lichtman's invention is a machine capable of automatically generating high resolution maps of neural tissue, the neuroscientific equivalent of DNA sequencing machines that have made it possible to greatly accelerate the completion time of the human genome project.

The device we are talking about, called ALTUM, uses a particular very thin blade to "slice" the brain to be mapped into very thin strips which are then automatically scanned and "photographed" by an electron microscope. The images thus obtained are acquired by a computer which, thanks to a particular three-dimensional reconstruction software, mounts them to create a 3D reconstruction of the brain tissue with manometric resolution (i.e. of the order of 10 ^ -9 m).

To learn more about the topic, I recommend to everyoneinteresting conference of the physicist and neuroscientist Sebastian Seung, professor at MIT and pioneer of research in the field of connectomics as well as brilliant lecturer.

The implications of a scientific adventure like connectomics are vast in scope. By opening the way to understanding the neural bases of personality, intelligence, identity and memory, not only could we find the cure for many and serious psychiatric diseases such as autism or schizophrenia but we will be able to create really intelligent machines, computers that think following the same principles of functioning of the human brain.

The efforts that are being made with projects such as the Blue Brain project (you can find Thu an in-depth article on this subject on sf) to rebuild a virtual brain by simulating it thanks to supercomputers already goes in this direction. However, the implications could be even more extreme because, as Professor Seung mentions in the lecture I just mentioned above, these new maps of the connectome could even allow us to "upload" the content of our brains to a computer allowing us to reach a real and own "cybernetic immortality".

This type of procedure (which is linked to what Ugo Spezza spoke of in his recent article on brain preservation) takes the name of "mind uploading" and is one of the "hot topics" of transhumanism. If you are now wondering: "what exactly is transhumanism?" I invite you to read the post (Thu the link) on my blog where I try to give an introductory answer to this question. 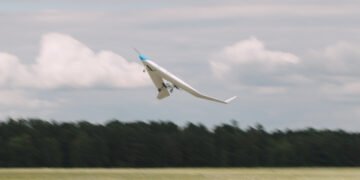