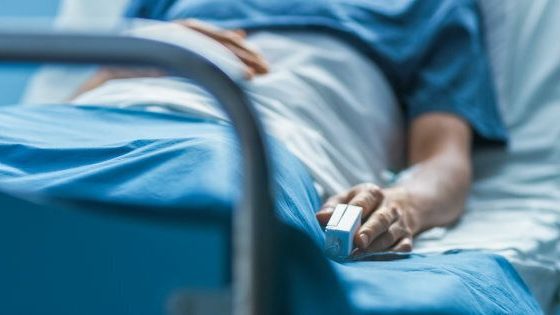 A group of British neuroscientists has discovered that it is possible to establish a two-way 'conversation' with people in a permanent vegetative state, thanks to a device already present everywhere that can read their brain activity.

The researchers noted that some individuals in this state are able to understand what they are told and follow commands to perform some actions: the project can radically change the way these patients are treated. In the experiment, 16 patients in Cambridge's Addenbrooke Hospital were asked to imagine the movement of a right hand and foot.

Their brain waves were followed with an electroencephalogram connected to a helmet equipped with electrodes: the same mental path was done by 12 healthy volunteers, to evaluate the correspondence of the brain pathways. Well, 3 of the 16 patients activated the same brain areas as the healthy volunteers, showing that they understood and 'responded' to the request.

An important corollary to this study, published online in The Lancet, is that electroencephalograms can be as effective as magnetic resonance imaging in 'reading' patients' brain activity - not a small detail, given that it is a device. much cheaper and more portable.

The group, led by Prof. Adrian Owen of the Medical Research Council of Cognitive Sciences in Cambridge, has worked on 7 other similar projects in England, Belgium and Canada: "Our findings," Owen said, "show how EEG can uncover capacities in patients who are in a vegetative state, and initiate a future of 'routine communication' with some of these patients, based on the classification of their states of mind ".

How much do these people suffer? Would they like to continue to 'live' in their state, do they have the opportunity to make a wish, to ask for it to be respected? I am thinking of the recent cases in Italy, such as that of Eluana Englaro, in a vegetative state for 16 years and at the center of controversy often instrumental in the face of painful choices made by close people in the absence of alternatives. What can it mean to establish contact, to understand what these patients perceive from the outside world? For many of them, being aware of their situation could be hell. On the other hand, establishing communication with subjects in a vegetative state could open up new knowledge on the subject: being able to ask questions and obtain answers could shed light on some aspects that are not yet clear about this particular state.