If you are still not convinced that stem cells are the future of medicine, listen here: a group of Japanese researchers used stem cells to synthesize a new fully functional organ in the laboratory, starting from ZERO.

This is the research team of the RIKEN Center for developmental biology, which has taken mouse stem cells and transformed them into a perfectly functioning pituitary gland: the pituitary gland, otherwise called the Pituitary gland, is a small organ that is at the base brain and produces hormones that regulate the entire metabolism.

To achieve this surprising result, the researchers used a 'three-dimensional' culture medium, supplying the cells with growth factors and developmental proteins in different quantities, by trial and error, until they found the right combination to make them combine sun to become a functioning organ (in the photo the activity of the cells). The pituitary gland was then implanted on a guinea pig with a malfunction of that organ, and it perfectly replaced the original function (note: once in a while an experiment ended well for a guinea pig).

Technically, one would say a 'synthetic' organ: but in fact, what is the difference? It is an organ made up of its own stem cells that works exactly like the original one: the body doesn't notice any difference. This approach has enormous potential: in the future each of our organs could always have a 'twin' ready to replace it: it is a matter of waiting at least a decade, while considering the current pace of research, science will be able to reproduce organs from human stem cells. already within three to four years.

This time we are: researchers may have defeated baldness 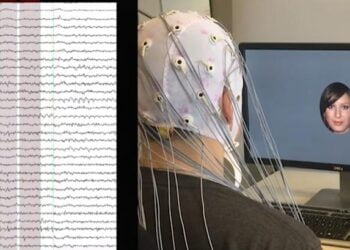