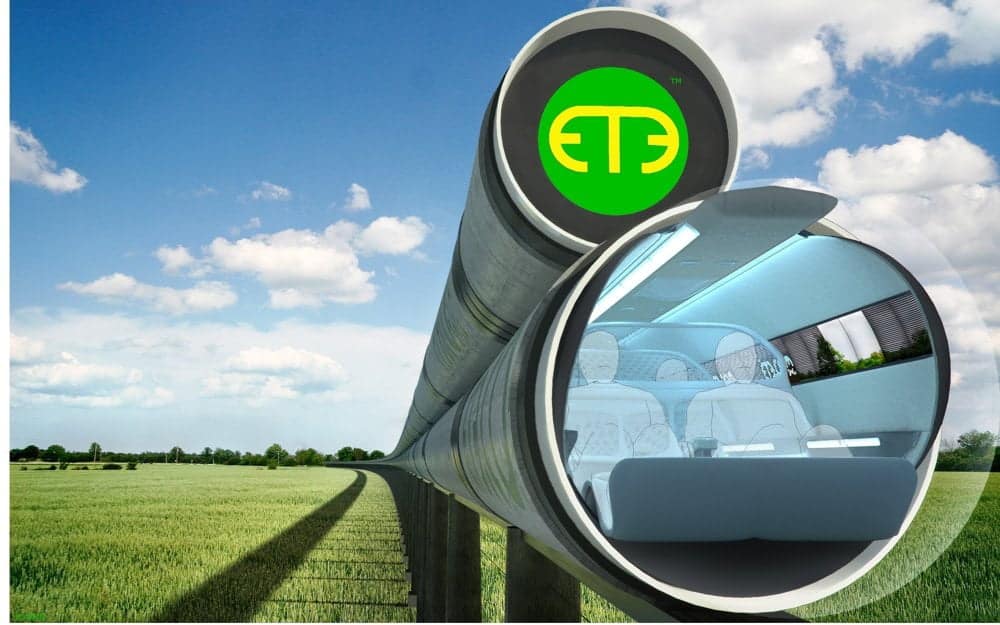 A consortium of companies seeking to pool funds and ideas to achieve the final development of the project recently presented this invention at the annual innovation award of the Da Vinci Institute. Transport through ET3, in the intentions of the developers, will be clean, fast, comfortable and accessible to all.

Imagine doing a sort of space flight, but staying on earth: traveling faster than a jet plane but doing it in an electric vehicle that is on the ground: a bit like the compressed air tubes that send mail at high speed . Capsules with a diameter of 1,5m (with comfortable seats and more space than in a flagship car) will transport passengers on short, medium and long routes in pressurized tubes: a set of linear electric motors will accelerate the capsules that , in the absence of air, they will travel at a very rapid speed, collecting most of the energy used to make them travel during braking.

The specifications of the first prototypes provide for medium-range journeys with initial speeds of 600km per hour, but ET3 is designed to reach international distances at the speed of 6500 km / h: which is to say to travel from New York to Beijing in 2 hours: the earth will be furrowed by pipes like that?

Each capsule, very light (only 180kg) will carry a maximum of 6 passengers or 360Kg of goods: it will take (for the same passengers) one twentieth of the materials to build the system compared to a train: a pair of tubes are able to cover the capacity of 32 highway lanes, costing 1 tenth of the rails and a quarter of the highways.

The et3.com Inc. consortium collects members for a virtual tour through a simulation, which will be held in the first 6 months of next year: ready to be intubated?