Okay, maybe it won't be a full-blown condom, but the concept comes very close: NASA has awarded Cessna with a brand new contract to work on a sort of 'protective skin' for airplanes, which allows aircraft to repair damage 'on their own'.

Following the first preparatory studies of a year ago, Cessna is studying a special layer of energy-absorbing foam and conductive film capable of withstanding damage and sending pilots real-time data on the state of the nacelle.

A bit like it happened for the hulls of the Star Trek Enterprise, when the Captain on duty asked his Lieutenant what the percentage of the shields was.

Another not negligible element is that which would allow the airplane equipped with this system a complete protection from lightning, extreme temperatures and electromagnetic interference. Safe flight without gravid ... turbulence. 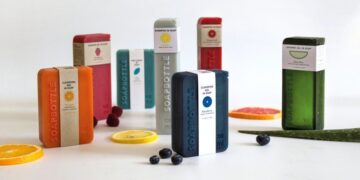 A German designer transforms the product into packaging: Soapbottle is all soap, both in the packaging and in the product.