Ok, we are in 2011 and yet there are still many gadgets that require the use of an instrument so old that it has even been found among the remains of the most ancient peoples: it is AA batteries, which torment the sleep of all users of remote controls. or controllers of the consoles.

Wouldn't it be nice to abandon these annoying cylinders forever to be removed, loaded, reinserted, thrown away? A new concept could eliminate waiting times, with batteries that simply recharge .. by blowing on them.

Developed by Korean designers Yeon Kyeong Hwang and Mieong Ho Kang, the concept "Winding Power”Includes small wind generators spiral, which recharge the battery if exposed to the wind or if they are 'blown' a bit like candles.

However, the delightful feature would not be incompatible with the most ancient traditional methods of charging: however, we would like to find them at hand, perhaps in complicated use scenarios such as those in the open air.

In that case, the more wind, the better :) 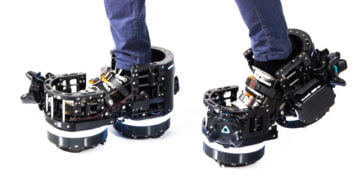 Gi Bike, the future on two wheels is foldable.