Hansen predicts: the seas will be higher than 7 meters 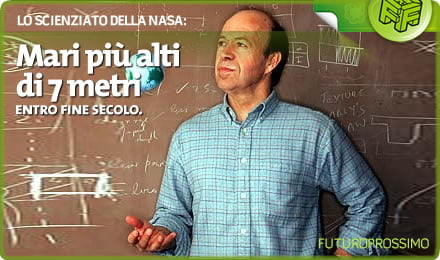 A chilling prophecy comes to us from James Hansen, 68, almost 30 of which spent at NASA's Goddard Institute for Space Studies: he almost never misses an observation. In 1981 he wrote that the next decade would mark a peak of heat and the forecast came true.

In the early nineties he said that the first decade of the new century would break the previous record and once again the facts proved him right. Let's hope you're wrong now because the scenario he draws is a nightmare: an increase in sea level of 7 meters at the end of the century.

Possible? "Not only possible", Hansen replies, "But very likely if we behave as humanity did in a film that has just been released, The Age of Stupid: we live in the moment in which we can choose: take the path that allows us to slow down global warming or take the path that it drags towards a world similar to the Pleistocene, when the sea level was higher than 25 meters ”.

The IPCC, the task force of UN scientists, reduces the estimates by speaking of an increase in the oceans of about half a meter. Hanson holds back the relief data in hand: “The UN expects lower growth because it takes into account only a few factors, such as the thermal expansion of the water due to the increase in temperature. The crucial element, deglaciation, is not counted for a very simple reason: the model cannot calculate it reliably ”.The scientist bases his prediction on the analysis of what really happened in the past when the concentration of carbon dioxide in the atmosphere jumped sharply. By comparing today's data with the paleo-climatic ones, the extent of the risk can be measured: if the use of fossil fuels is not cut, the glaciers of the Antarctic peninsula, which currently lose 200 cubic kilometers per year, will melt over a period of a century. This will produce a 6-7 meter rise in sea level to which collapsing glaciers in areas such as Greenland will have to be added.The alternative?Radically reduce the use of fossil fuels immediately, starting with coal. It is the only possible one, because even two degrees more in a century are too many. “So far the inertia of the system has helped us,” concludes Hanson, “because, for example, the mass of water in the oceans has curbed global warming. But inertia is not an ally in the long run: as soon as the trend reverses, the oceans will begin to accelerate the process ”. By immediately eliminating the use of coal, the descent to secure the planet could begin within twenty years. 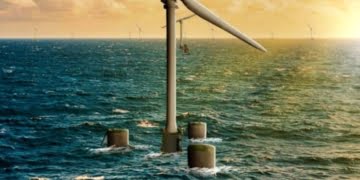 Only two blades and an installation technique that also withstands the force of cyclones: the new wind turbines are ...